Lately I’ve been doing a lot of thinking. About Dracula. And about farming. Normal thoughts we all have, surely. And this morning my thinking merged and I was struck by a question: would a focused, non-emotional vampire like Dracula have traits that translate well to farming? In a world where vampires need vegetables instead of blood, could someone like ol’ Dracs raise a nice carrot patch?

I think a lot of the key traits a good farmer needs are definitely present in this famous vampire. Let’s take a look at a few of the more important ones and see why Dracula would’ve excelled. We’ll use the soon to be universal D.R.A.C.U.L.A. criteria, which includes: Discipline, Respect for the earth, Adaptability, Community, Uniformity, Learning from experience, and Ambition.

Discipline is super important in farming. You have to give up free time to get to the work! Pull those weeds! Collect and prepare harvests! Don’t give up! You can’t neglect livestock or you’ll end up in serious trouble. Simply put, if you don’t have some discipline, your farm will suffer, and then you won’t have any food to eat.

Dracula sure had discipline in his quest to be surrounded by yummy organically raised humans. He committed to leaving behind his huge castle and made the insanely long trip from Transylvania to London, lying still in a dang box the whole flipping time! That’s discipline if I ever saw it! Just imagine what this kind of focus could do if he was growing kale!

Respect for the Earth

One of the saddest things about the state of the world these days is that farming has become, in many ways, a major source of badness in the world. Yes, we have to feed 7 billion people, but do we have to use GMOs, use huge machinery that pollutes excessively, and mistreat our animals? All of this is for the sake of business, anyways, not so we can feed 7 billion people. Interesting how people think human creativity ends with the way we do it now. There is another way for us to feed those 7 billion people in a way that respects the earth, the animals on it (humans or otherwise), and the plants we eat. And another corporation is not the solution. 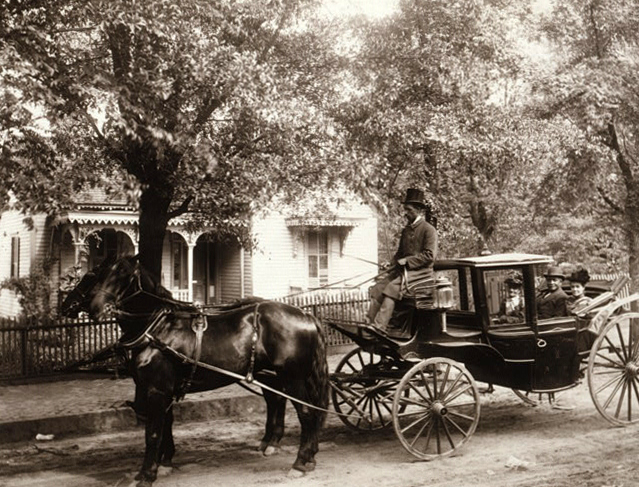 We need to dial back and bring things local again, just like it was back in the days of County von Draculicious. The guy lived in an age where wagons were powered by horses, ships were powered by wind, and all the food was grown without pesticides or GMOs. And look how great he turned out! By most accounts, Dracula lived for centuries! Local, organically raised food was just the norm. If you showed him what they do in a factory chicken farm, he’d definitely gasp in disgust and say “Bleh!” And the guy eats people for a living. That’s how bad corporate farming is.

Sometimes the seeds you plant don’t sprout or don’t transplant well. Maybe a coyote grabs some of your chickens. Bad stuff can happen when you live off the land! As prepared as we all try to be, we can’t control everything. Instead, it is how we react that can make or break us.

Coyote eats a chicken? Hunt a turkey and fix your fencing.

People catch you trying to suck their blood? Turn into a freaking bat and fly out the window.

Dracula was a king of adaptability, when you really get down to it. Not only could he become a bat and fly, he could become a wolf! He would take in a situation and make an intelligent decision to get through it and make it to another day. The benefit and vision of flight and might and cunning of a wolf. That’s the kind of wide ranging skill set I want in my farming.

Another key to raising your own food is having the right people involved. Sure, you can do it alone, but the sense of community is important. Maybe you have a significant other, a friend, or even a pet to bring joy to the work. Someone to talk to, maybe help with the chores, reducing the stress and burden on both of you. And then when it comes time to enjoy the harvest, a good farmer will share! We’re finding that sharing the food we produce brings a lot of real contentment to our souls.

And what about Dracula? For friends, he had Renfield. Renfield escorted Dracula to London and basically freaked everyone out on his behalf when Dracky was busy with something else. Bonus fact, Renfield ate spiders. The count also had multiple wives to share his harvests with. He was selfish, but not THAT selfish. And it’s pretty clear he loved to be surrounded by his community. So many wonderful people to… enjoy the company of.

Raising food should be creative and fun. There’s no question about it. We love mixing it up and trying new things. We especially enjoy coming up with new recipes, a great outlet for creativity. But sometimes you need to bring some form and order to things. A few examples would be garden beds. It is easier to manage your garden if you have it organized, either in rows or in individual beds. This makes it so you can easily differentiate plants, weed without losing your mind trying to identify good and bad plants, and keep track of what you do from year to year on your land. Reducing the number of variables in your work also makes it easy to improve moving forward. If you raise two batches of chickens in the same, uniform process, but try one new element out, you can easily compare and learn from it. 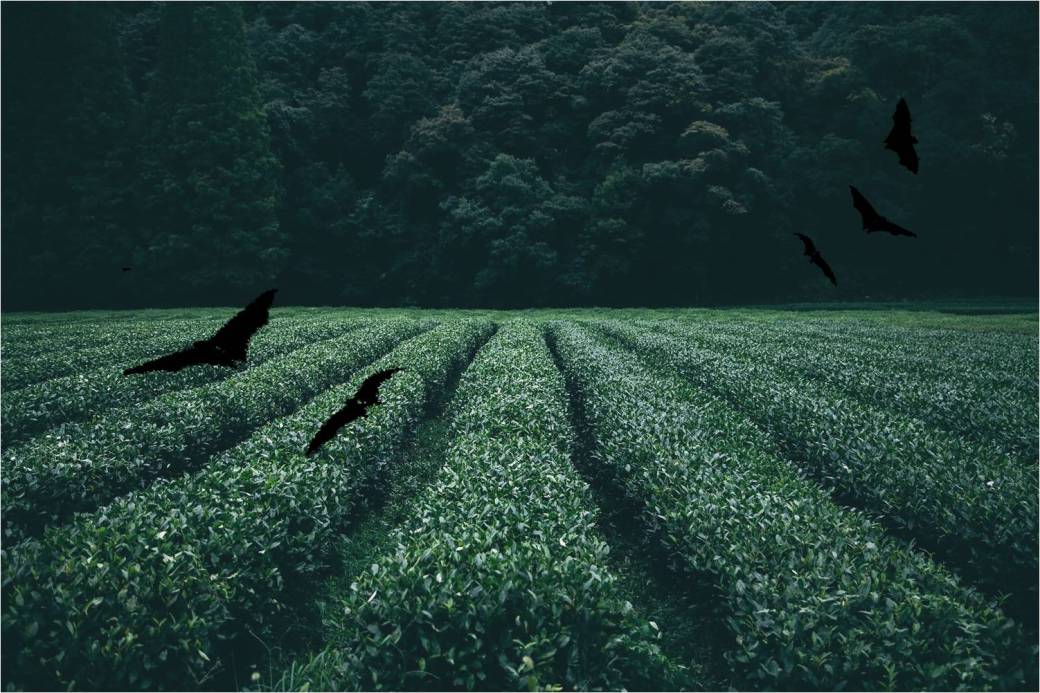 Dracula also loved uniformity. He was meticulous about his finances, his pursuit of victims, and generally avoided variables for most of his life. In fact, it wasn’t until after he moved to London when the variables around him began to increase and he lost control. In Transylvania he lived in a controlled fortress, picking and choosing all of his interactions and benefitting from routine. But in London, he couldn’t keep track of everything. In Transylvania, his tomatoes were all in organized rows and he could easily survey them and pick the ripest ones. But in London, the tomatoes were all over the place, and he wasn’t able to properly handle the threat of Dr. Van Helsing, the great tomato hornworm that he didn’t see coming. If only he’d stuck with his vampire instincts in Transylvania!

Probably the most important thing with doing anything that you care about and want to do well is to learn from experience. It is how we do everything here. Sure, we do some research for every little project, but in the end it is hard to have a complete understanding of something until we do it ourselves. Take chickens, for example. I could read about how the cornish cross meat breed compares to freedom rangers and heritage breeds, but there was no real connection to the facts until we did it for ourselves. We’ve learned first hand what makes each breed special, and what makes them difficult to raise, and we’ll adjust our plans for next year. 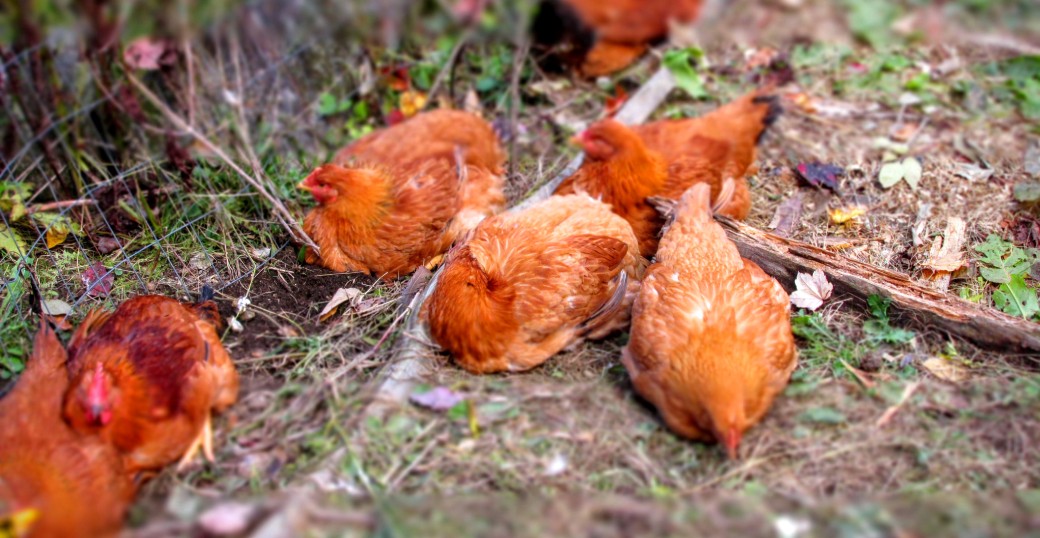 Dracula had a lot of experiences he learned from in his extensive time on earth. Chief among his learning was how to find victims. Over the years, it grew increasingly difficult for him to feed on local Transylvanians, who had grown very suspicious of the mysterious Count. He saw the pros and cons of living in Transylvania, learned that London was a better base for his operations, and improved his situation by moving to a bustling town that wouldn’t suspect him. It worked out… for the most part.

There are many ways to improve ourselves and our livelihoods. You can slowly dabble in new things, plant a new seed in the spring, tap a couple maple trees. But sometimes you have to be ambitious and take a risk. When you take a risk, it always pays off, either in extensive success or at least getting the knowledge that at least you tried. Our big risk was selling the chickens we raise. It could easily have failed. We could’ve lost the chickens to predators. People might have been disappointed in the way they turned out. Maybe people wouldn’t be interested in paying for chickens that were raised with organic practices and feed in mind, rather than efficient meat development. But we set up the order forms and sent it out into the world, and ended up selling more chickens than we imagined we would. Next year we expect even more. It doesn’t seem unbelievable for our organically raised chicken to become a viable source of income for us in the future.

A great inspiration for why taking risks is valuable is our pal Count Dracula. Dracula took a major risk inviting Renfield to his castle all the way from London. Renfield could have been a vampire hunter. He could’ve escaped and told the world what a monster Dracula was. But Dracula needed to improve his situation and decided the best move was to take a big risk and get Renfield to visit. Did it pay off? Renfield provided dracula and his wives with meals. He escorted Dracula to London. He even helped Dracula while in London. All because of one risky invitation.

Sometimes you gotta take that leap and put yourself out there for the world. World, buy our chickens! World, I vant to suck your blood!

Bringing the D.R.A.C.U.L.A. Criteria to your life

So how do you size up? Are you like Dracula, could you be a great farmer someday?  Just use the D.R.A.C.U.L.A. criteria and we think you’ll be great!

…the One Problem with a Farming Vampire

You know, as great as it might be if Dracula Brook Farm opened for business, one thing that really prevents the Count from ever becoming a great farmer, aside from his preference for blood over fiber and vitamins, is that he’d never be able to plant garlic. All his meals would be lacking something, that special magic ingredient that is a minced clove of garlic.

Hey, do you think Frankenstein’s monster could build a decent chicken coop?!